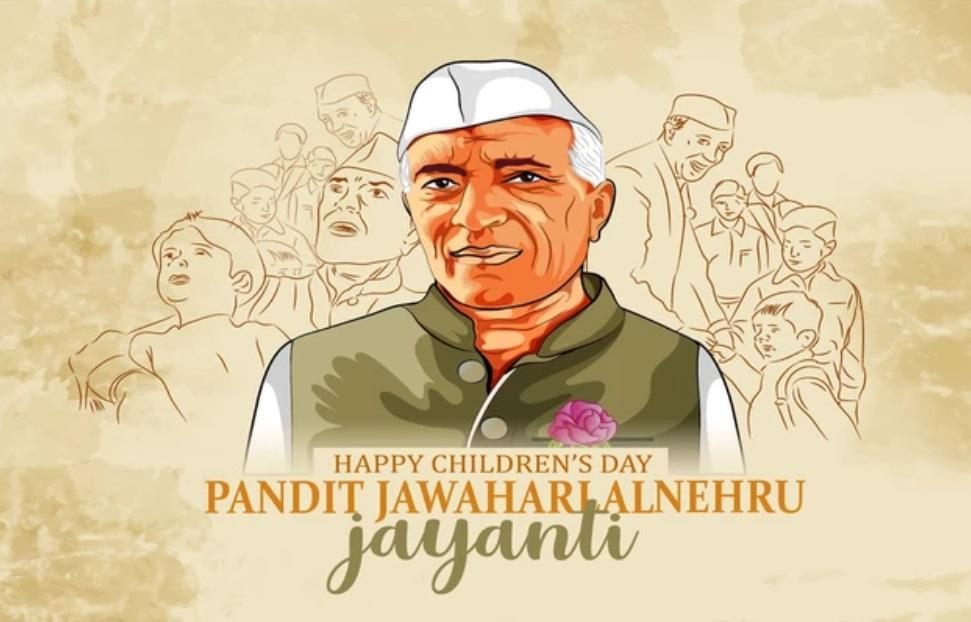 India celebrates Children’s Day on November 14 to commemorate the birth anniversary of the first Prime Minister of India Pandit Jawaharlal Nehru. This day marks the 133rd birth anniversary of Pandit Nehru who was born in 1889 in Allahabad, India. Nehru was a great advocate for children’s right and for an all-inclusive education system where knowledge is accessible to all. He believed that children are the future of the country and the foundation of a society, and hence, everyone’s well-bring should be taken care of. Nehru was often called by the name “Chacha Nehru”. Children’s Day is also known as ‘Bal Diwas’ in India.

Adorably referred to as Chacha Nehru, Jawaharlal Nehru believed that children are the future of the country and the foundation of a society. Apart from Nehru’s birth anniversary, Children’s Day is also celebrated to raise awareness on children education, rights and to see that proper care is accessible to all.

In many schools, children are asked to ditch school uniforms and wear party clothes. It’s a joyous occasion for all children, parents and teachers. The schools, educational institutions will celebrate the day with several educational and motivational programmes, including sports events and quiz competitions.

About the Pandit Jawaharlal Nehru:

Pandit Jawaharlal Nehru was born to a family of Kashmiri Brahmans on November 14, 1889. His family, who were noted for their administrative aptitude and scholarship, had migrated to Delhi early in the 18th century. He was a son of Motilal Nehru, a renowned lawyer and leader of the Indian independence movement, who became one of Mahatma Gandi’s prominent associates. Jawaharlal was the eldest of four children, two of whom were girls. A sister, Vijaya Lakshmi Pandit, later became the first woman president of the United Nations General Assembly.

Nehru, under the guidance of Gandhi, turned out to be a leader of India’s struggle for independence in 1947. He laid the foundation of independent India as sovereign, socialist, secular, and a democratic republic. For this, Nehru is credited as the architect of modern India.

England were crowned the champions after they defeated Pakistan by 5 wickets in the final at the iconic Melbourne Cricket Ground (MCG), Australia. England were crowned the champions after they defeated Pakistan by 5 wickets in the final at the iconic Melbourne Cricket Ground (MCG), Australia. They are the first team to hold the ODI and T20 World Cups at the same time after their memorable win over New Zealand in the 2019 50-over final at Lord’s. England also emulated West Indies to become only the second team in the history of the competition to lift two titles in the T20 World Cup.

England were in the box-seat after captain Jos Buttler won the toss and elected to field first, restricting Pakistan to just 8-137. Ben Stokes used all his experience to score 52 from 49 balls just when his team needed it most as England chased down Pakistan’s meagre total of 137/8 with six deliveries remaining at the MCG.

Here are the Playing XI of both teams:

Why US treasury department removes India from its Currency Monitoring List?

The United States also took India off its Currency Monitoring List, along with Italy, Mexico, Thailand, and Vietnam. 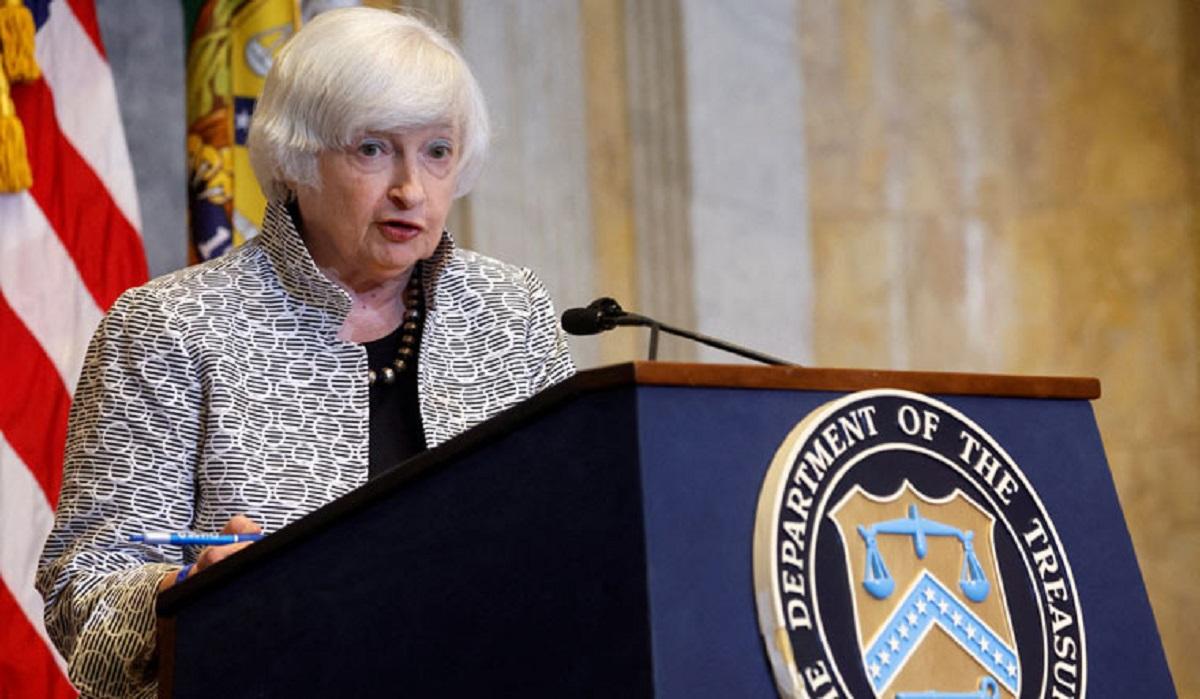 Why US treasury department removes India from its Currency Monitoring List?

78th US Secretary of the Treasury, Janet Yellen visited New Delhi and held talks with Finance Minister Nirmala Sitharaman. On her first visit to India, United States Treasury Secretary Janet Yellen quoted President Joe Biden, saying that India is an “indispensable partner to the United States”. The United States also took India off its Currency Monitoring List, along with Italy, Mexico, Thailand, and Vietnam. India had been on the Monitoring List for the last two years. India and four other countries were removed from the Monitoring List as they now only met one of the three criteria for two consecutive reports.

Speaking at the US-India Businesses and investment Opportunities event in New Delhi, Janet Yellen said that the US will be extending support to India’s presidency in G20 to achieve shared global priorities.

What does it means for India?

The removal from US’ Currency Monitoring List) means that the Reserve Bank of India (RBI) can now take robust measures to manage the exchange rates effectively, without being tagged as a currency manipulator. This is a big win from a markets standpoint and also signifies the growing role of India in global growth.” To manage exchange rates amid the rupee fall, the RBI recently took actions like buying dollars at the time of excess inflows and selling dollars at the time of outflows. For India, it is good news as we were designated a currency manipulator. The rupee could appreciate on account of this.”

An economy meeting two of the three criteria in the Trade Facilitation and Trade Enforcement Act of 2015 is placed on the Watch List. Once a country meets all three criteria, it is labeled as a ‘currency manipulator’ by the US Department of Treasury. Once on the Monitoring List, an economy will remain there for at least two consecutive reports “to help ensure that any improvement in performance versus the criteria is durable and is not due to temporary factors”. This includes:

(1) A significant bilateral trade surplus with the United States is a goods and services trade surplus that is at least $15 billion
(2) A material current account surplus is one that is at least 3% of GDP, or a surplus for which Treasury estimates there is a material current account “gap” using Treasury’s Global Exchange Rate Assessment Framework (GERAF).
(3) Persistent, one-sided intervention occurs when net purchases of foreign currency are conducted repeatedly, in at least 8 out of 12 months, and these net purchases total at least 2% of an economy’s GDP over a 12-month period.

According to the report, these countries are presently on the list:

According to the report, China stands out among major economies due to its failure to disclose foreign exchange intervention and broader lack of transparency regarding important aspects of its exchange rate mechanism, which justifies the Treasury’s close monitoring.

Currency Monitoring List is good or bad for any country?

Some interesting facts about the report:

Notably, Switzerland once again exceeded the thresholds for all three criteria, which is a parameter for being labelled as a “Currency Manipulator”. But the term was not used by the Report and the Treasury Department maintained that there is not enough evidence to use the label for Switzerland.

The Treasury will continue its enhanced bilateral engagement with Switzerland, which commenced in early 2021, to discuss the Swiss authorities’ policy options to address the underlying causes of its external imbalances, a media note said.

DigiLocker has completed its second-level of integration with Ayushman Bharat Digital Mission (ABDM).

DigiLocker, the authentic documents exchange platform under the Ministry of Electronics and Information Technology has completed its second-level of integration with Ayushman Bharat Digital Mission (ABDM), the National Health Authority (NHA) said.

What Are The Advantages Of It:

What Has Been Said:

CEO, National Health Authority (NHA) said, “Under the ABDM, we are building an inter-operable health ecosystem. The different applications from both the public and private sectors partners integrating with ABDM are helping expand the reach of the scheme to more users and adding more functionalities. DigiLocker is a trusted and popular app to access authentic documents. Therefore, it is a significant development as users would now get to use it as a PHR app and get the benefits of paperless record keeping.”

MD & CEO, Digital India Corporation said, “We are proud to extend the benefits of ABDM to our 130 million registered users. The platform has already helped generate close to 85 thousand ABHA numbers. With the health locker integration, we’re positive that more people would be able to easily link and manage their health records digitally. DigiLocker aims to be the preferred health locker for ABHA users.”

DigiLocker, It is an authentic documents exchange platform under the Ministry of Electronics and Information Technology. DigiLocker had earlier completed level 1 integration with ABDM wherein the platform had added ABHA or Ayushman Bharat Health Account creation facility for its 13 crore users.